Life or Death: On Being Pregnant and Black

In 2018, tennis star Serena Williams, while recovering in the hospital from delivering her child via C-section, began to experience shortness of breath. Due to her history of pulmonary embolism, she explained to the nurse that she needed a CT scan and possibly IV anticoagulant medication.  The nurse dismissed her concerns, believing that the world class athlete’s pain medications were causing confusion.  Serena did not yield, and hours later, a CT scan revealed small blood clots in her lung, which could have easily ended the new mother’s life.

My husband and I have been together for about 5 years and vacillate over whether we want children or not. We discuss the loss of our personal freedoms; the financial expense raising children entails in the United States and how parenthood alters a couple’s dynamic.  However, our worries oftentimes lean to the morbid, as we contemplate whether I would survive a pregnancy.

Data collected for over five years by the New York City Department of Health and Mental Hygiene highlighted that access to prenatal care, and being highly educated did not protect Black women from the inherent biases in the healthcare system.  In one study it revealed that “Black college-educated mothers who gave birth in local hospitals were still more likely to suffer serious pregnancy- or childbirth-related complications compared with women of other races or ethnicities who never graduated from high school.”

In 2016, Dr. Shalon Irving, an epidemiologist at the CDC, died from hypertensive complications, three weeks after delivering her first child.  What could be regarded as more than a stroke of irony, Dr. Irving’s work focused on understanding how structural inequality, trauma and violence made people sick.   In a 2017 NPR article, it states that despite “...two master's degrees and dual-subject PhD., her gold-plated insurance and rock-solid support system...”; race alone was the main factor predicting Dr. Irving’s  fatal outcome.

Although the majority of my African-American friends have had relatively easy pregnancies with uncomplicated deliveries, the fear that I’ll be the one to succumb to childbirth, remains constantly on my mind.  Despite being a healthy, young woman, I often wonder if bringing life into this world could result in my own physical demise.  Equipped with the frightening statistics and information about societal inequities, how does society begin to change a system that is disproportionately killing Black mothers?

It is important to:

During slavery, Black women were likened to mares and expected to produce as many children as possible, to continue the slave based economy.  The denigration of the Black female body has been one of the legacies of slavery manifesting in the current Black maternal health crisis. As Black people continue to fight for basic human rights, it is not surprising that Black women experience increased health risks and negative outcomes, during such a vulnerable period like childbirth.

There is a need for the federal and state governments to create public health initiatives that promote and improve the disparities in maternal care.  Practitioners must be educated during medical school and residency about their implicit and explicit biases that are resulting in the deaths of specific demographics.

About 5 years ago, a friend who was in her second trimester asked me to accompany her to her prenatal appointment, as her husband was out of town. During the visit, the OB was emphatic as she instructed my friend to train for the delivery, likening labor to a triathlon.

My friend, a surgical resident living in a Miami high rise with amenities like a gym and pool; as well as a husband with above average cooking skills, could adhere to her OB’s recommendations. But what about other Black women, who aren’t as privileged?  Would they be able to prepare for the undue harm and stress pregnancy and delivery might put on their bodies? Due to structural racism, a large segment of women of color typically reside in food deserts without access to healthy fresh food, as well as few safe spaces to exercise.  With minimal activity and poor food options, Black women are often at greater risks of obesity and cardiovascular disease.

Bearing these inequities in mind, some individuals do not have the option of healthy food choices and remaining physically active, during pregnancy.  So, if a woman must train for pregnancy and the delivery like an upcoming sports event, then it must be imperative that all women have the access to resources that will allow them to maintain good health and decrease the risk of maternal mortality and morbidity.

According to an article posted on LAIST, “What Pregnant Black Women Need To Know To Have A 'Safe And Sacred Birth', Black women have to be proactive  in their care.  They must:

-Find a birth experience that works for their family

-Advocate for themselves in the doctor’s office

-Find providers who will work to improve birth outcomes

Last fall, I made an OB Gyn appointment for a problem visit. Over the past few years, I had noticed that my premenstrual mood swings were intensifying.  My mother told me that in her early 30s she had experienced a similar shift, so I decided to see a specialist. As I sat in the doctor’s office and relayed my symptoms, she barely made eye contact.  She dismissed my claims and seemed squeamish about performing a pelvic exam. I eventually dug in my heels, and pulled the ‘doctor card’. This garnered me a glance and a half smile. However, she quickly stated that I was exaggerating my PMS irritability, and as a psychiatrist, I was overanalyzing, looking for a problem.

I left her office feeling gutted. I quickly went to Google reviews and discovered that other professional Black women had experienced similar treatment with this  practitioner.  After the encounter, I began to re-evaluate my already tenuous plans for motherhood.  If concerns about my period could be summarily discredited, then what might happen if I had any concerns during a pregnancy?

A month after that experience, I journeyed several miles north to see a Black OB Gyn, who was recommended by a friend. She listened to all of my symptoms, as well as my unspoken concerns. She did a thorough examination and agreed that I was experiencing Premenstrual dysphoric disorder and offered me a variety of treatment options. After careful review, I decided on natural supplementation, which has made a difference in my monthly menses. But beyond that, I felt heard. I felt validated. I felt understood.  The stark difference in the two experiences has shown me that by using my network and seeking out the right practitioner, I can become a mother, without being fearful of death.

Dr. Cisse is a board-certified psychiatrist, who provides care for adult patients. She is also passionate about exploring psychopathology at the intersections of race, gender and class, within the African Diaspora.

What Are The Symptoms Of Gestational Diabetes? 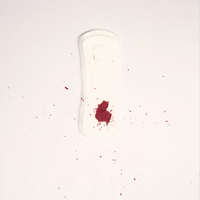 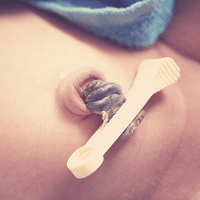 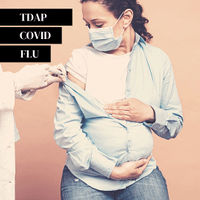