Effectiveness Of Pulling Out Method

Using the pulling out method during sex to avoid pregnancy is not very effective. This is also called the withdrawal method. One report estimates that about 22% of women using the pulling out method will become pregnant in one year of using it(1). Most doctors agree that the effectiveness of pulling out is not as good as many other family planning methods out there. Although it may seem logical to pull out the penis before climax, the reality is that during sex there is semen that leaks from the penis into the vaginal canal before ejaculation.

What Are The Chances Of Getting Pregnant With Precum?

If you are having penetrative sex and not using any other form of birth control, the chances of getting pregnant from precum released into your vaginal canal are about 22% over the course of one year. Precum is the semen that is released into the vaginal canal during sex before ejaculation. While people may consider the pull out method a form of birth control, most doctors agree that it is too unreliable to be used to truly prevent pregnancy.

Some of the theory behind the pulling out method is that the majority of the semen is not released until ejaculation happens, and that the sperm is not as active. The sperm in the pre-ejaculation semen may be less motile than sperm inside the ejaculate semen. However, there is still enough motile sperm in pre-ejaculation semen to fertilize an egg. A study showed that about 37% of sperm are motile in a pre ejaculate sample (2). This means that there are motile sperm inside the vaginal canal prior to ejaculation. These motile sperm do have the ability to fertilize an egg and result in pregnancy.

What Are The Chances Of Getting Pregnant On Birth Control And Not Pulling Out?

You are unlikely to get pregnant if you are using your birth control correctly. This is important because taking birth control regularly without missing a dose will determine its effectiveness of birth control. Pulling out in addition to using birth control does not add much in the way of pregnancy protection.

If you want to use an additional method of birth control on top of oral contraceptive pills, consider using a barrier method. Barrier methods are different from hormonal methods because they physically prevent the sperm and egg from meeting. This prevents fertilization of the egg by the sperm and thus, prevents pregnancy. Two examples of barrier methods are the male condom and the female condom. An additional benefit of the male condom is that it is highly effective at protecting against sexually transmitted infections. Pulling out and hormonal birth control do not prevent against sexually transmitted infections.

The pulling out method is not very effective in preventing pregnancy. If 100 women were to use this method, it is likely that 22 of them would become pregnant over the course of one year. If you are using hormonal birth control, like the birth control pill, or an IUD, pulling out will not give you more protection against pregnancy. If using birth control pills remember to take the pills regularly every day and to not miss a dose. Missing a dose of the pill can reduce birth control effectiveness. If you want to also protect against sexually transmitted infections, using a condom over the penis is one of the most effective ways to protect against STIs. 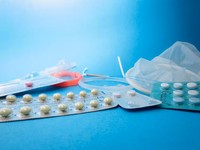 IUDs For Birth Control: 10 Questions Answered By An Expert Doctor 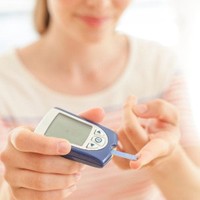 What to Eat Before Glucose Test Pregnancy For Accurate Results 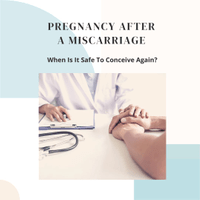 Pregnancy After A Miscarriage