Here are the essentials to know about the egg freezing process.

Egg freezing, or “oocyte cryopreservation,” is a rising trend amongst womxn to preserve fertility. Eggs, or oocytes, are drawn out through ovarian stimulation and frozen, using cryoprotectants (which keep the egg from developing ice crystals and impacting critical proteins). These eggs can then be used in combination with sperm during an IVF procedure to have a child.

The Process Of Egg Freezing

First, you’ll make an appointment with a fertility clinic - specifically, a reproductive endocrinologist. They may order a few tests:

Next, you’ll undergo ovarian stimulation. Typically, ovaries produce one egg a month. During the egg freezing process, a doctor may prescribe injectable drugs to stimulate your ovaries to produce more eggs. They may also prescribe an injection that prevents premature ovulation.

You’ll be monitored throughout the process. Blood tests are usually required either daily or every other day so that the doctor can monitor hormone levels. An ultrasound is also done several times a week so that the ovaries can be observed and the development of follicles (fluid-filled sacs where eggs develop) can be monitored. The whole process typically lasts around 2 weeks and is individual based on how your body reacts to the medications.

After 10-14 days, depending on your cycle, an injection of human chorionic gonadotropin or another medication may be given to help eggs mature.

Egg retrieval is done under sedation. You’ll go into your doctor’s office, be sedated, and, commonly, a transvaginal ultrasound locates the follicles on the ovaries. A needle and suction device are then guided through the vagina to the follicle, where eggs are removed. The more eggs, the better the chances of future success.

Eggs are then frozen through a process called vitrification, which prevents ice crystals from forming and damaging the proteins inside the egg through the use of cryoprotectants. (Mayo Clinic)

According to this article on the NCBI, “The American Society for Reproductive Medicine - Society for Assisted Reproductive Technology practice guideline estimates that the survival rate of oocytes after vitrification and thawing is 90%–97%, the fertilization rate is 71%–79% and the implantation rate is 17%–41%. The clinical pregnancy rate per vitrified and thawed oocyte is 4.5%–12%.” The American Society for Reproductive Medicine has stated, “Embryos from previously vitrified oocytes show rates of fertilization, implantation, and clinical pregnancy that are comparable to those for embryos from fresh oocytes, although there can be variation among clinics.”

Related: PGT Testing: What Is Preimplantation Genetic Testing In IVF?

It is critical to speak to a few different fertility clinics and doctors, learn about their procedures and processes, and hear about their rates of success. It’s also critical to note whether facilities keep their eggs on-site, whether they freeze them elsewhere, whether there are storage costs associated with the egg freezing, and how long the eggs are kept for.

Should I Freeze My Eggs?

Egg freezing has increased amongst womxn in the United States for a few reasons. According to the American Society for Reproductive Medicine, the rate of first births to womxn between the ages of 35-39 has risen since the 1970s, and is currently at a plateau. The rate of first births to womxn between 40-44 has increased since the 1980s. This can be attributed to socioeconomic factors, education levels, societal norms, and more, but an important takeaway is that the period of career advancement in a person’s 20’s and 30’s often coincides with their most fertile years.

The Cleveland Clinic states, “Egg freezing is a newer technology, but it is no longer considered experimental and may be an ideal option for young women, women without a partner, or patients who have personal concerns about embryo freezing."

Other reasons for freezing your eggs can include cancer treatments which may affect fertility, illnesses such as lupus, gender diversity, and more.

What Are The Uncertainties About Egg Freezing?

According to this article from the American Society for Reproductive Medicine, there are a few elements of egg freezing that have yet to be studied.

Data on long-term safety and efficacy of oocyte cryopreservation aren’t complete yet. The process was approved within the last fifteen years, and enough time hasn’t passed for significant numbers of womxn to take on the process, have children, and observe those children to recognize whether there are negative effects from the process.

In addition to physically putting one’s body through large hormonal shifts, as well as the emotional changes one may experience, there are additional aspects to consider. The financial burden of egg freezing, particularly if it isn’t covered by insurance, can be considerable. After a person has paid for the procedure itself, there is also a yearly storage fee, which can be close to $1,000 a year.

Additionally, a person may want to evaluate how they may feel if the oocytes are never used, such as if they are able to get pregnant naturally or change their minds about childbearing. In addition to never using them, it’s important to think about how you may feel about destroying the oocytes if they are never used. Destruction of any oocytes may present a moral dilemma for some. 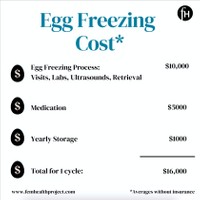 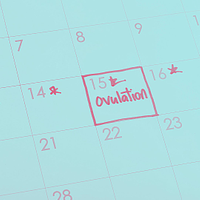 Take Charge Of Your Fertility: 4 Steps To Take Now