How Fibroids Are Removed

Medically reviewed by Cheruba Prabakar, MD, Dr. Prabakar is a Board Certified OBGYN who specializes in treating women with endometriosis, fibroids, and irregular bleeding
4 min read

Fibroids are benign smooth muscle tumors that grow in a woman’s uterus. Another name for a fibroid is uterine myoma. When fibroids become very symptomatic, several different surgical approaches can be used to remove them. The procedure to remove a fibroid is called a myomectomy, and the approach to a myomectomy depends on several factors. Let’s break down how fibroids are removed by the symptoms a patient with fibroids experiences.

People with fibroids can experience heavy and irregular menstrual bleeding. This is one of the most common symptoms caused by fibroids. In this case, fibroids are often found in the cavity of the uterus and are typically 1-3 cm in size. These fibroids can be removed via a procedure called a hysteroscopy. A hysteroscope is an instrument that is introduced through the cervix and unto the uterus to visualize the uterine cavity. Once the fibroid is seen,  it can be shaved or chopped using specialized blades and removed from the cavity. This procedure lasts about 30-60 mins, and the patient can go home the same day. It can be performed under sedation in the operating room or even in the office in some cases.

Hysteroscopy is also used prior to Invitro fertilization, to remove small fibroids or polyps that are inside the cavity. This is done to prepare the cavity for implantation of an embryo.

Patients with fibroids can often feel pain or pressure in their pelvis. This can lead to urinating a lot, having gas pains, and having difficulty with bowel movements. In such situations, the fibroids are usually large and are either in the wall of the uterus or on the surface of the uterus. These fibroids can be removed laparoscopically, robotically, or via a larger incision in the lower abdomen called a laparotomy (similar to a c-section).

Laparoscopic or robotic surgeries involve a few small incisions on the abdomen (about 5-8 mm in size) and the entire surgery is done using those small incisions. The fibroid is then placed in a bag and the incision around the belly button is enlarged to about 2 cm. The bag is brought to the surface of the abdomen and the fibroid is cut into pieces using a knife. This is called morcellation. It is important to remember that this type of morcellation is different than what used to be commonplace a decade ago. Gynecologic surgeons used to use a power morcellator which would cut up the fibroid, scattering small pieces of fibroids through the abdomen.  Although rare, if the fibroid was cancerous, it could spread throughout the pelvis in this way. There was much controversy around power morcellation around year 2014, after which it has essentially become obsolete. Surgeons now use hand morcellation to remove the fibroid from the abdomen.

If the fibroid is extremely large (greater than approximately 12 cm), or there are many fibroids (greater than 5-6) that need to be removed, a larger incision may be needed on the abdomen. This procedure is called a laparotomy or open surgery. This incision is similar to that of a c-section. Multiple fibroids can be removed this way in a safe manner. The recovery is also longer, there is more blood loss, and patients usually have a longer hospital stay.

Fibroids can also prohibit a woman from getting pregnant or carrying a pregnancy successfully to term. These fibroids can be located in the uterine cavity or in the wall. They can be seen on ultrasound and removed via a hysteroscope, laparoscopy, or robotics as outlined above.

All of the procedures discussed thus far are attempts to remove a fibroid while preserving a woman’s uterus and her fertility. If these treatment modalities fail or a woman does not wish to preserve her uterus anymore, a hysterectomy is recommended.  A hysterectomy is a surgical procedure that removes the uterus along with any fibroids contained in it.

Fibroids can be removed using many different techniques. These include a procedure called a hysteroscopy, robotic surgery, laparoscopy, laparatomy, or even a hysterectomy. Each individual case is treated and handled differently. 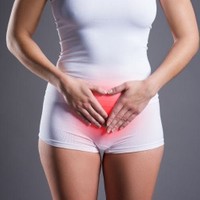 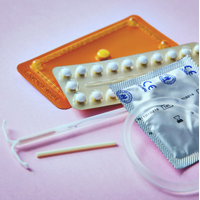 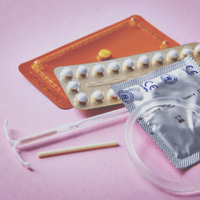 When Does Birth Control Start Working? 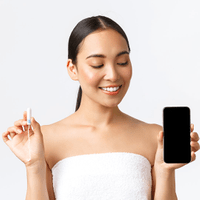