PGT Testing: What Is Preimplantation Genetic Testing In IVF?

Preimplantation genetic testing (PGT) is a way for people planning to have children through IVF (in vitro fertilization) to know if their embryos are at risk of a genetic condition prior to implantation for pregnancy.

In humans, each cell normally contains 23 pairs of chromosomes, for a total of 46. Twenty-two of these pairs appear the same in men and women. The 23rd pair is the sex chromosome pair and, thus, is different between males and females. Aneuploidy means an incorrect number of chromosomes being present in an embryo, and therefore PGT-A involves analyzing a sample of embryonic cells to determine whether it has the correct number of chromosomes (46). This approach helps identify embryos that are more likely to implant and turn into a healthy pregnancy. Embryos with an abnormal number of chromosomes will typically fail to implant, result in miscarriage, or result in fetuses with Down Syndrome, Turner’s Syndrome, or a handful of the other rare chromosomal patterns that increase the risk of birth defects and developmental delays but can still make it to live birth. Because males and females have different chromosomal makeup (46, XY versus 46,XX), genetic sex can also be identified through this type of testing.

In short, PGT-A testing can help provide information on which embryos are most likely to result in a healthy pregnancy, and is particularly relevant as women age. While the majority of embryos created by a 30-year-old will likely have the correct number of chromosomes, the opposite is true by the time the late 30s are reached, and by the mid-40s, it becomes nearly impossible to obtain an embryo that tests normal by PGT-A.

PGT-M screens for specific genetic mutations the embryos are known to be at risk of inheriting. This typically happens after one or both parents are found to be carriers of a relevant genetic mutations. Some genetic mutations, such as the cancer-causing BRCA1 mutation or the mutation causing Huntington’s Disease, can pose a risk even if only one parent has the mutation and passes it along (dominant inheritance). For the majority of genetic diseases in humans, both parents have to carry the same mutation and pass along the abnormal copies to the embryo for there to be a possible risk (recessive inheritance). Prior to PGT-M, even if you knew of a genetic risk, you could only find out if your child had an inherited genetic condition by undergoing amniocentesis in the second trimester, or by waiting after they were born. For a mutation with severe consequences, pregnancy termination could be considered if a diagnosis was confirmed by amniocentesis, but this is of course incredibly traumatizing for the family, and not always an easily available procedure. PGT-M allows you to learn about possible conditions in your child before you know anything about them, giving you the option of deciding whether or not you want to transfer an embryo that carries this risk.

Finally, PGT-SR is performed if a parent is known to have a genetic translocation or inversion, meaning that their own chromosomes are arranged in a unique fashion. These genetic changes in a potential parent increase the chances of aneuploidy in their embryos, and thereby increase the risk of miscarriage. Therefore, if a genetic translocation or inversion has been diagnosed, PGT-SR can be performed.

Being able to access this information sounds very exciting, but there can be risks as well. The risks of preimplantation genetic testing include:

1. Technical error: Embryo biopsy can cause damage to the embryo, though in skilled hands this is incredibly unlikely.

2. False positive/false negative results: In some cases, PGT will fail to detect a genetic disorder or give false positive results when there isn't actually any abnormality present at all. The rates of these false results vary by genetic testing laboratory.

3. The chance that one of your embryos will be accidentally transferred instead of the tested embryo you wanted transferred. [not sure about including this, it’s not really a risk specific to PGT testing]

4. Unclear guidance about what to do with certain embryo results. The biggest issue here is likely that of mosaicism, where certain embryos may have a mixture of cells with the correct and incorrect number of chromosomes. The risks of transferring mosaic embryos are still being researched, though likely the biggest risk is just that if the embryo primarily turns out have the genetically incorrect number of chromosomes, a miscarriage will likely follow. Embryos that may be able to turn into liveborn babies but carry certain genetic abnormalities may also be a gray area in what is considered ethical to transfer.

Additionally, PGT testing is not a catch-all. There is no test that will 100% reduce the risk of genetic issues for one’s children. There are many genetic diseases that cannot yet be detected by PGT screening.

When Is PGT recommended?

PGT-A can be offered to anyone who desires this information and is undergoing IVF, however the increase in success rate attributable to using this technique will correlate positively with age. Typically more embryos are likely to be abnormal than normal by the mid-late 30s. That said, many couples desire having as much information as possible about their embryos, and will pursue PGT-A regardless of age. PGT-M or PGT-SR are offered and/or recommended only if at least one parent has a relevant genetic mutation that would render the technique relevant. Whether you decide to have PGT testing on your embryos is a personal decision, and it is always a good idea to discuss any concerns or questions about it with your doctor.

We independently research, review, and recommend the best products. If you buy something through our links, we may earn a commission. Remember to check with your personal physician to see if a product recommended is right for you. 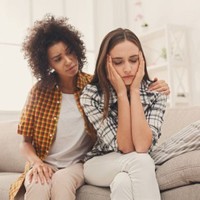 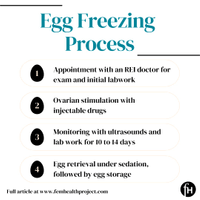